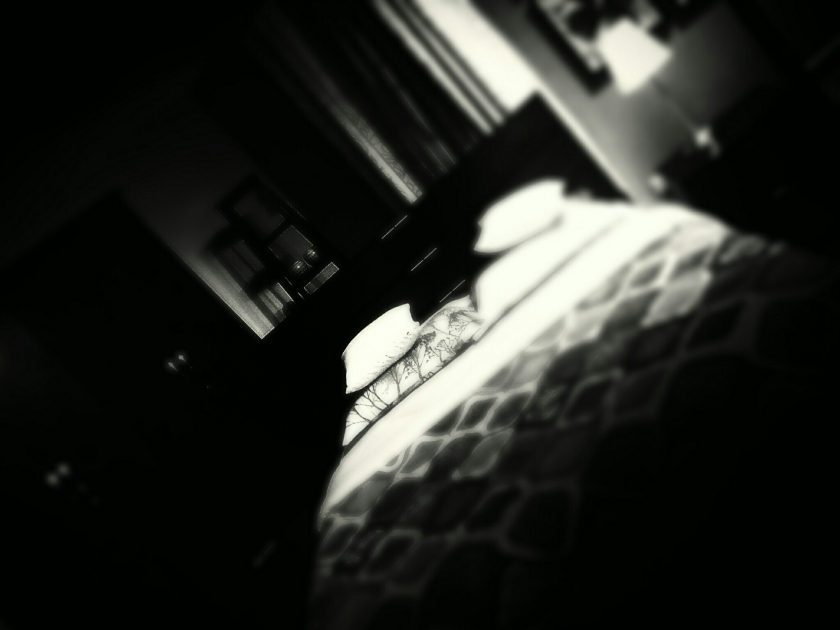 Ten year old Mubbi was sleeping when she heard the door crack open. She winked several times before opening her eyes to find Ayan standing at the door with a deathly weapon in his hand. In the darkness she couldn’t fathom what the weapon was. She despised him and his dirty games.
“Let’s play a butcher and a goat”, said the nine year old Ayan, his devilish intenstions reflecting in his eyes. She gasped. She was familiar with this heck of a neighbour and his foul tricks. The other day he had coaxed her into playing blind man’s bluff and when she was blindfolded, he shoved her into a dirty puddle. He laughed hysterically when her rosy skin was clothed with dirt.
And now this. The guy has lost his mind, she thought. She moved a little closer to see the weapon clearly, whether a toy or a real one and what she could outline was a real deathly knife. The thought of what the maniac could do shook her. She called out, “Mom! Please come upstairs. Ayan will kill me. Momm!” Her words reached deaf ears. No one answered her back and she couldn’t hear the thumping of footsteps on the wooden floor. Her crystal brown eyes paved way for fresh tears and her lips curved into a reverse “U” like the one of a sad clown.
She tried to get hold of the glass resting on her bedside table. When she tried to throw it in his direction, he was standing right in front of her and had held the knife high to strike her. She immediately brought her slender hands above her face to protect herself, shut her eyes tight and wished she could have died after a few decades.
Three seconds passed. Nothing. Another second. Nothing. What was happening? She slugglishly opened her eyes. Sheer darkness. Utter silence. There was no body and the door of her room was locked. Another nightmare. She shrieked out. This time she could hear her mom answering her back and the hurried thump of footsteps on the wooden floor.